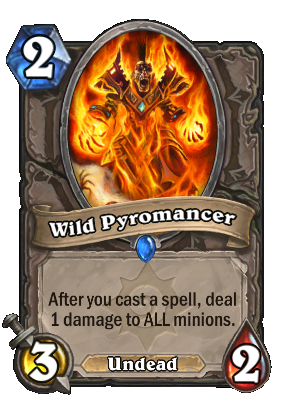 After you cast a spell, deal 1 damage to ALL minions.

BOOM BABY BOOM! BAD IS GOOD! DOWN WITH GOVERNMENT!