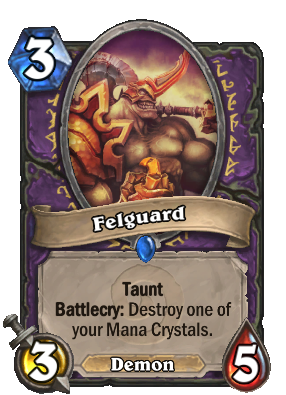 Taunt
Battlecry: Destroy one of your Mana Crystals.

Yes, he'll fight for you. BUT HE'S NOT GOING TO LIKE IT.