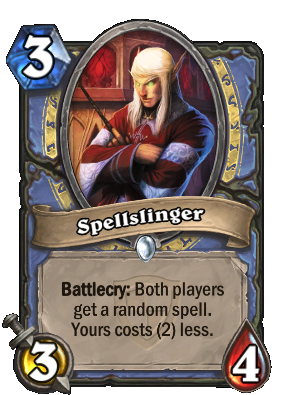 Battlecry: Add a random spell to each player's hand.

Does he sling spells, or do his spells linger about. Who can say?