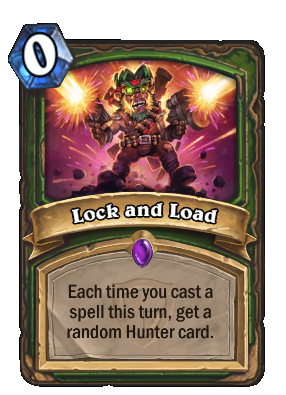 Each time you cast a spell this turn, add a random Hunter card to your hand.

Rexxar narrowed his eyes, grabbed his machine gun, and said: "It's go time. Lock and load." This card pays homage to that special moment.