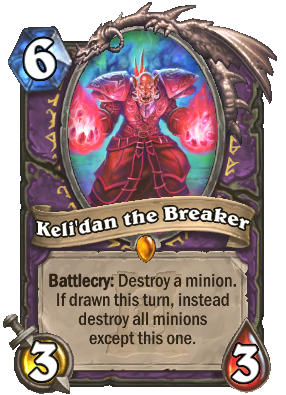 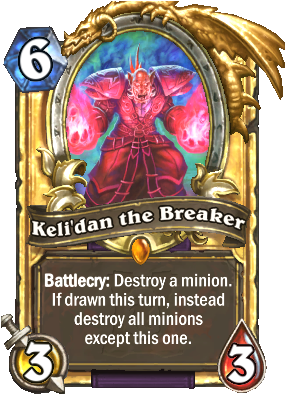 Battlecry: Destroy a minion.
If drawn this turn, instead
destroy all minions
except this one.

He calms down a lot if you just give him a turn.