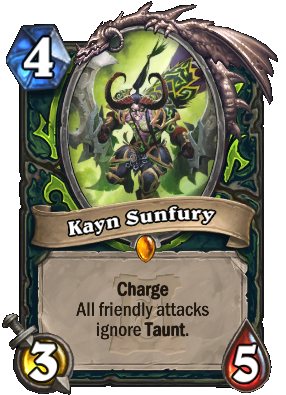 "Armor and heals may slow my zeal, but fel and glaives excite me!"