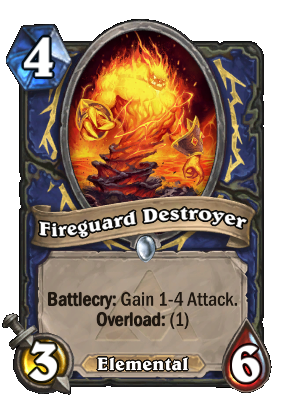 Ragnaros interviews hundreds of Fire Elementals for the position of "Destroyer" but very few have what it takes.