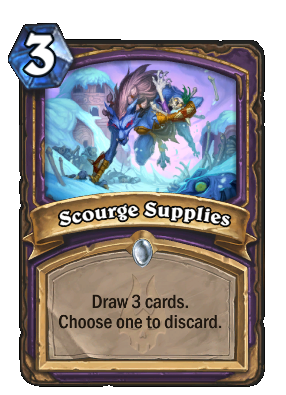 Draw 3 cards.
Choose one to discard.

The Scourge is very pro-recycling.