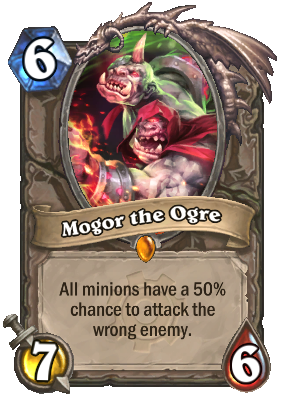 All minions have a 50% chance to attack the wrong enemy.

Mogor helped reopen the Dark Portal once. You know you're in trouble when you have to rely on an ogre.