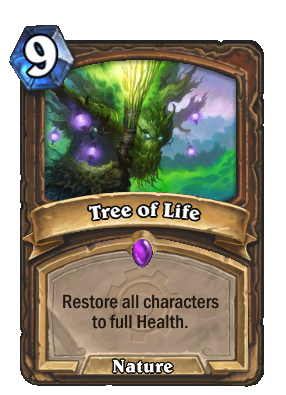 Restore all characters to full Health.

Healing: It grows on trees!