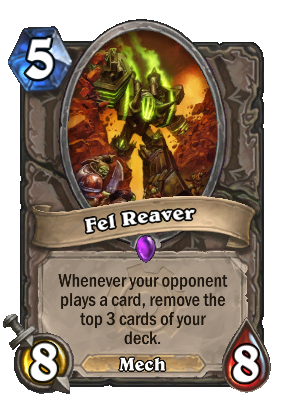 Whenever your opponent plays a card, remove the top 3 cards of your deck.

So reaver. Much fel. Wow.