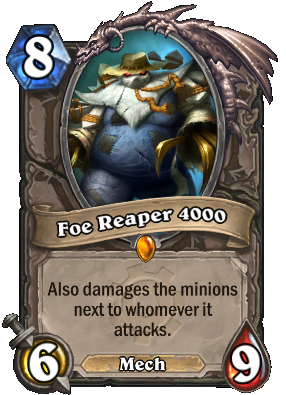 Also damages the minions next to whomever it attacks.

Foe reaping is really not so different from harvest reaping, at the end of the day.