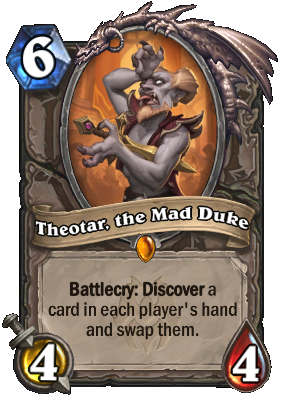 Battlecry: Discover a
card in each player's hand and swap them.

"I'm afraid you've gone mad! You're entirely bonkers. But I'll tell you a secret. All the best souls are."