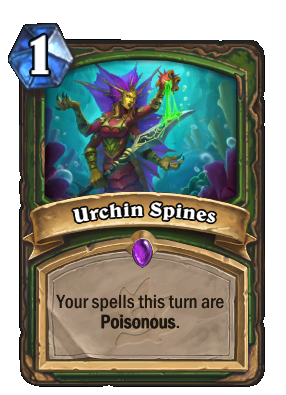 Your spells this turn are Poisonous.

I shouldn't have licked that.