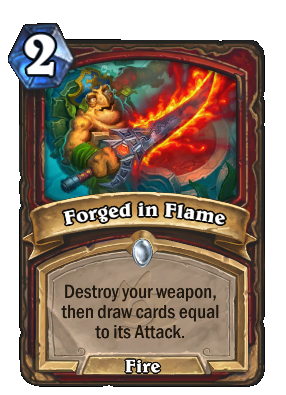 Destroy your weapon, then draw cards equal to its Attack.

Don't worry, your wounds are self-cauterizing!