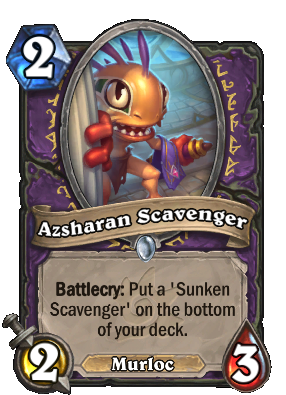 Battlecry: Put a 'Sunken Scavenger' on the bottom of your deck.

Some local Murloc populations have adapted to survive in the harsh conditions of the ruins, much to the fascination of Sir Finley.