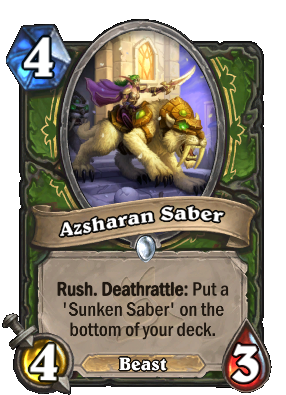 Rush. Deathrattle: Put a
'Sunken Saber' on the
bottom of your deck.

Even in ancient times, the Night Elves were committed cat people.