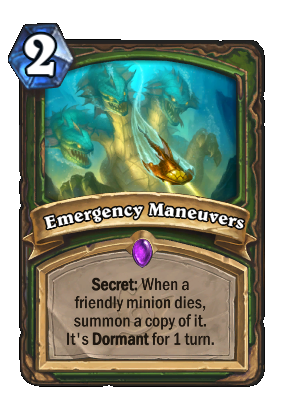 Secret: When a friendly minion dies, summon a copy of it.
It's Dormant for 1 turn.

DO A BARREL ROLL!