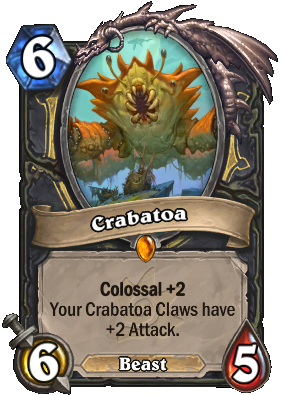 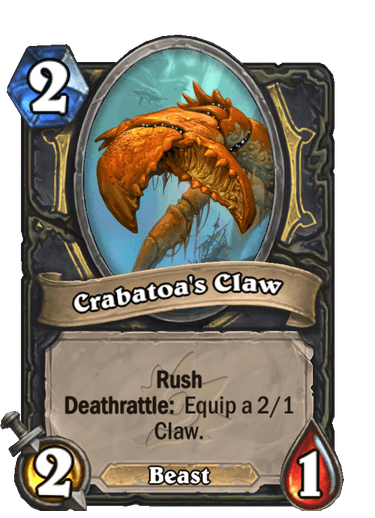 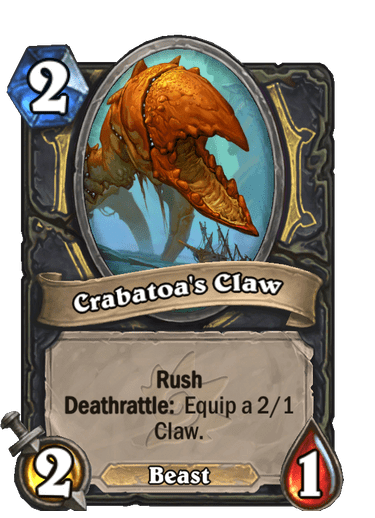 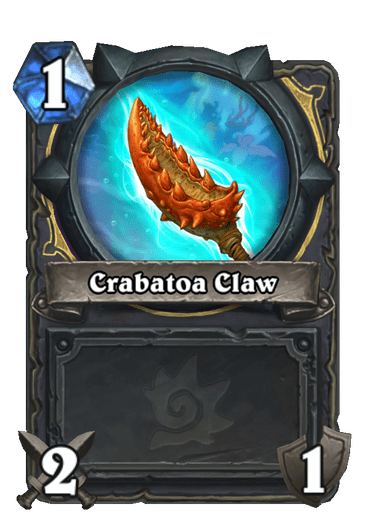 Colossal +2
Your Crabatoa Claws have +2 Attack.

This giant crab loves to sink entire naval fleets, but it'll settle for a single dinghy in a pinch.