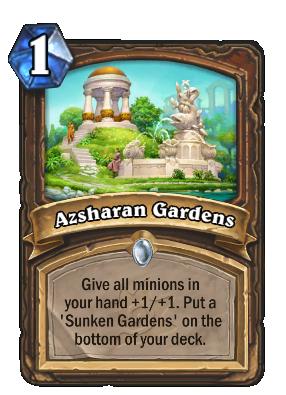 Give all minions in your hand +1/+1. Put a 'Sunken Gardens' on the bottom of your deck.

That's not what I meant when I asked you to water the garden.