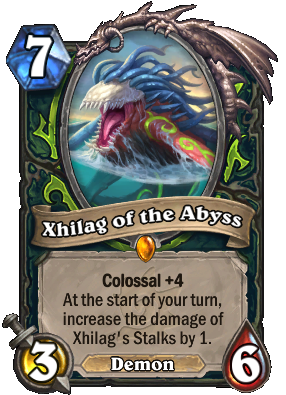 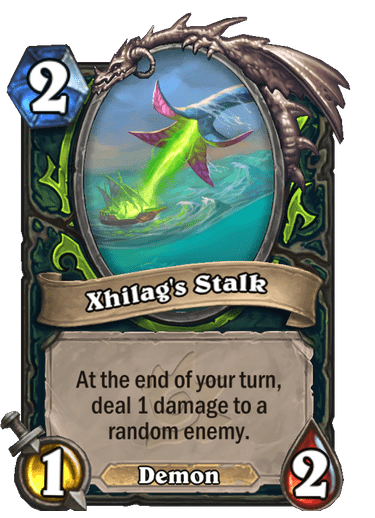 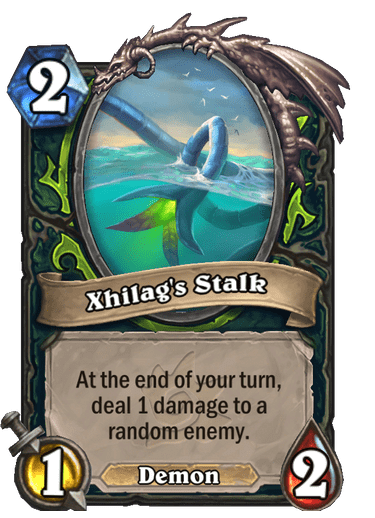 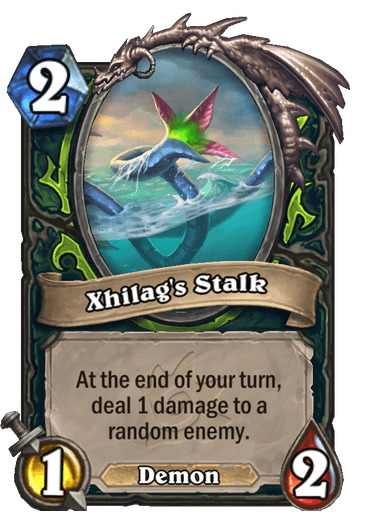 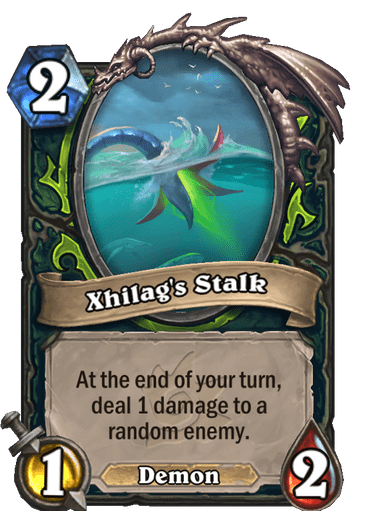 Colossal +4
At the start of your turn,
increase the damage of
Xhilag's Stalks by 1.

When ancient heroes drove a felhunter into the sea, they thought it was the end. But for Xhilag, it was only the beginning...