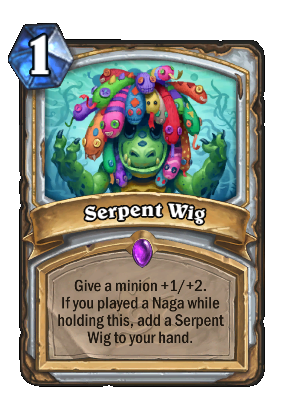 Give a minion +1/+2.
If you played a Naga while
holding this, add a Serpent
Wig to your hand.

Legends say that all those who look into her eyes are turned to plush.